The Left-Wing Room
Home Latest News Schumer is latest Dem to call on Cuomo to resign as scandals...

Senate Majority Leader Chuck Schumer and Sen. Kirsten Gillibrand became the highest ranking members of the New York delegation to call on embattled Gov. Andrew Cuomo to resign, a dramatic escalation in the push to remove the governor from office amid allegations of sexual misconduct.

The statement from the Senate’s top Democrat comes hours after Cuomo publicly refused calls for him to step down, declaring that doing so amounted to “bowing to cancel culture” and that he would do no such thing.

“Due to the multiple, credible sexual harassment and misconduct allegations, it is clear that Governor Cuomo has lost the confidence of his governing partners and the people of New York,” the New York senators wrote. “Governor Cuomo should resign.”

Schumer and Gillibrand join nearly every member of the state’s congressional delegation who have now mobilized against Cuomo, with a growing number of women accusing him of sexual harassment or assault.

“As public servants, we must earn the trust and respect of those we represent. There is only one way the Governor can truly restore accountability and confidence to his office: he must resign,” Velázquez said in a statement.

“The people of New York should not have confidence in a politician who takes a position without knowing any facts or substance,” Cuomo said on a conference call with reporters. “Politicians take positions for all sorts of reasons, including political expediency and bowing to pressure. But people know the difference between playing politics, bowing to cancel culture, and the truth.”

The New York governor has been accused by multiple women of sexual misconduct ranging from lewd conversation to groping a staffer in the governor’s mansion late last year — an allegation that was recently referred to police in Albany. Cuomo has denied the allegations made against him, but apologized for making people feel uncomfortable with his actions.

Cuomo’s loyalists had been trying to rally Democrats around the idea of waiting on the conclusion of independent investigations into the allegations before passing judgment or calling for him to step aside.

In recent days, they enlisted Hazel Dukes, president of the New York branch of the NAACP, and former Rep. Nita Lowey to make the case as others distance themselves from the governor.

“At least until [investigators] have reported their conclusions, the Governor should remain in office,” Lowey said in a statement issued Wednesday by the New York State Democratic Committee, which Cuomo effectively controls.

But on Capitol Hill, Cuomo’s support had been cracking over the last two weeks, with many lawmakers and staff privately discussing a matter of when — not if — they would call on him to resign. Those discussions were mostly in informal calls, group text threads, or conversations off the floor, with no formal meeting by the New York delegation to discuss the governor, according to people familiar with the efforts.

The breaking point, several Democrats said, came in the last 48 hours, as a woman accused the governor of physically groping her, at the same time Democrats in the state legislature began taking steps toward impeachment proceedings. A seventh woman has since come forward. 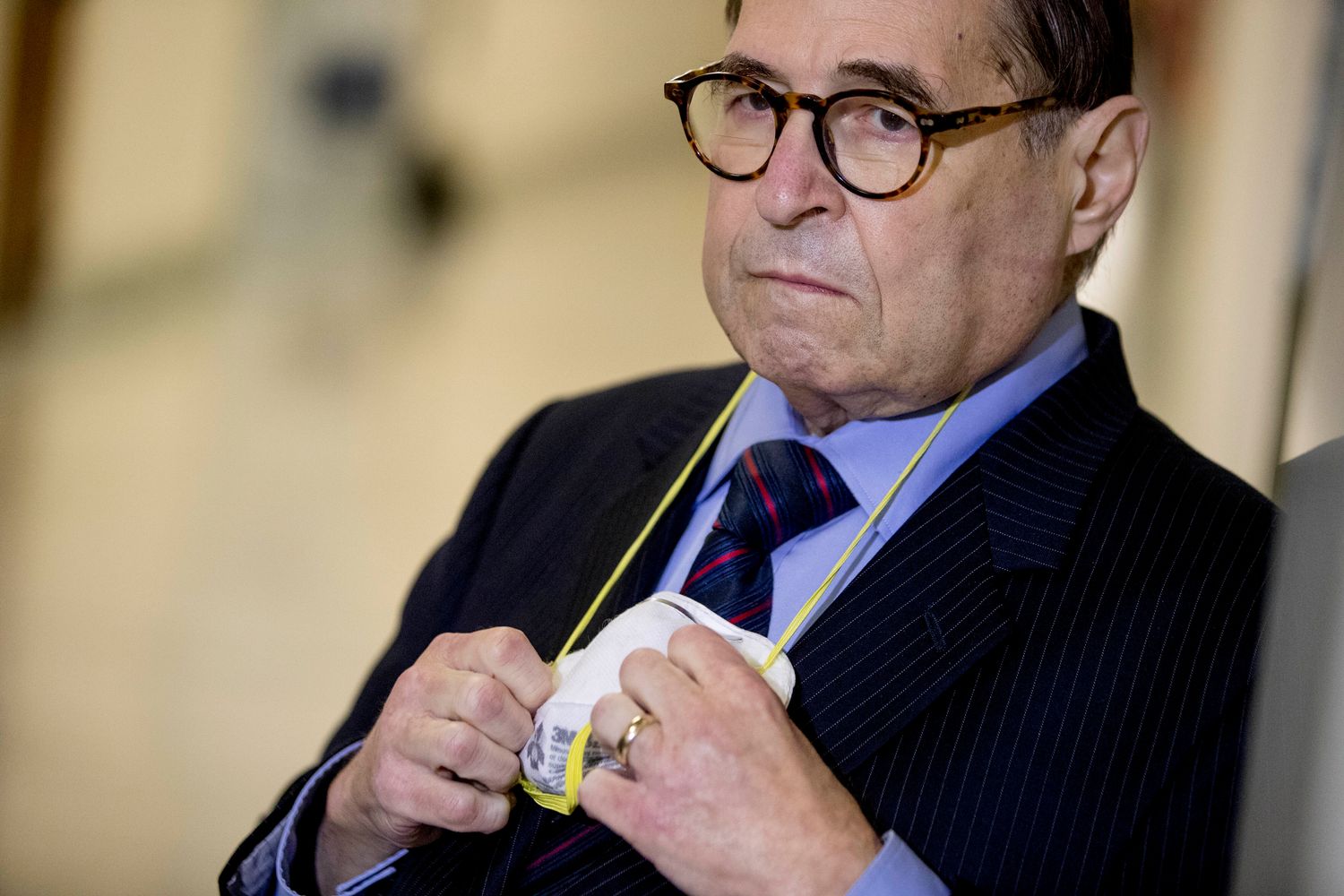 The lawmakers — whose districts stretch from New York City to Buffalo — released statements Friday morning within minutes of one another, part of a loosely organized effort to push Cuomo out of office.

“Governor Cuomo has lost the confidence of the people of New York,” Nadler, the chair of the House Judiciary Committee, said in a statement. “Governor Cuomo must resign.”

Jeffries said he supported the impeachment proceedings but did not directly call for Cuomo’s resignation Friday evening: “Under these extraordinary circumstances, the Governor must seriously consider whether he can continue to effectively lead the state.”

Meeks added: “The governor has a right to due process,” noting that he “fully supports” the ongoing investigation.

Rep. Tom Suozzi on Friday also left it up to the entrenched governor to decide, saying in a statement: “I believe the Governor must seriously consider whether he can effectively continue to govern in the midst of these unfolding allegations.”

New York Attorney General Tish James is in the midst of an investigation into the allegations made against Cuomo in recent weeks, an effort anchored by a pair of outside attorneys. And the Democrat-led state Assembly, which would initiate potential impeachment proceedings, on Thursday announced plans to launch a probe of its own with subpoena power.

The group of lawmakers join Rep. Kathleen Rice, who was among the earliest elected Democrats to call for the governor to step down. Republicans in New York’s congressional delegation and on the state level have also demanded Cuomo’s ouster.

As Cuomo’s support in the House delegation crumbled, he was suffering another major defection closer to home. The five state Democratic senators representing Long Island — a bloc of moderates who had been close allies of the governor — issued a joint statement saying Cuomo “cannot lead the state while faithfully responding to multiple investigations” and should instead allow Lt. Gov. Kathy Hochul to take the reins, at least temporarily.

The Biden administration has tried to keep its distance from Cuomo in the face of repeated questions about the allegations and whether the governor should step down. White House press secretary Jen Psaki said Friday that officials had seen the news about the congressional delegation’s break from Cuomo but had nothing to add on the subject.

Burgess Everett and Bill Mahoney contributed to this report.