The breakthrough came just hours before debate was expected to kick off on the bill. But a delayed response from the Congressional Budget Office on its budgetary impacts punted the first test vote on the legislation to Thursday. The Senate is waiting for the CBO to confirm that its bill doesn’t run afoul of the rules of budget reconciliation, the process that allows passage of the package with a simple majority.

And plans by Sen. Ron Johnson (R-Wis.) to force the reading of a bill that clocks in at more than 500 pages threatens to kick the Senate’s work into the weekend. Johnson said he will stay on the floor to ensure the Senate clerk has to read the entire thing.

“That’s what I’ll have to do,” Johnson said. “It’s not about delaying things. It’s about educating the public about what this bill is and what this bill isn’t. And it isn’t a Covid relief bill.”

Despite the delay, the Democrats took a huge step toward wrangling the lockstep unity they need to pass the huge spending bill while controlling only 50 Senate seats, relying on Vice President Kamala Harris’s tie-breaking vote. Biden signed off on moderate Democrats’ demand to phase out the checks more quickly, a Democratic aide said, and most Democrats signaled they were comfortable with the tweak.

In an interview, Manchin said he approves of the changes and doesn’t intend to offer an amendment to change them. Republicans are expected to offer their own similar amendment, however.

When asked about the compromise, Speaker Nancy Pelosi said, “We’re interested in seeing the total package when it comes over. So far, so good.“

The activity signals that the House and Senate are on the verge of making Biden’s top priority a reality. But there are still some speed bumps ahead, including an uncertain amendment process and simple delays from the GOP.

Senate Republicans are anticipating a painful few days. Midday Wednesday, Johnson told colleagues he wants to Senate clerk to read the entire text of the bill, which would add hours to its consideration. Asked what reading the bill would accomplish, Sen. John Barrasso of Wyoming said, “Senator Johnson will speak for himself on that.” Sen. John Cornyn of Texas said that trying to talk Johnson out of it would probably not be successful.

“Any senator who wants that to happen can do that,” Cornyn said. “I‘d rather get to vote on amendments. It wasn’t my choice.”

On the Senate floor, Senate Majority Leader Chuck Schumer railed against Republicans for blasting Biden’s bill as a “liberal wish list,” noting that the package contains provisions from Republicans like Sen. Rob Portman of Ohio and moderate Democrats like Sen. Kyrsten Sinema of Arizona.

“This is an American wish list,” Schumer said on the floor. “When people want checks to help them get out of the morass, that’s not a liberal wish list. That’s what the American people want.”

At least one Republican senator said she isn’t yet a hard no on the bill. Sen. Lisa Murkowski of Alaska entered a bipartisan lunch on Wednesday as “listening Lisa,” she said in an interview. Murkowski has had long talks with the administration about her state’s beleaguered economy during her consideration of Neera Tanden’s nomination to be Biden’s budget chief.

“I can’t stand that after any of this stuff we moved to last year that we are considering $1.9 trillion much of which is not specifically focused on Covid relief,” she said. “But I’m coming from a state where people are saying: ‘we need some help Lisa. And we want to know how you can.’”

The breakthrough on checks and unemployment benefits has Democrats ready to press forward on Biden’s bill as soon as possible. Biden urged the party to “swallow” provisions they don’t like during a virtual lunch meeting on Tuesday, according to one Senate Democrat. Moderate senators could offer their $300 weekly proposal as an amendment later this week, while Sen. Bernie Sanders (I-Vt.) said he plans to force a vote on a $15 hourly minimum wage. 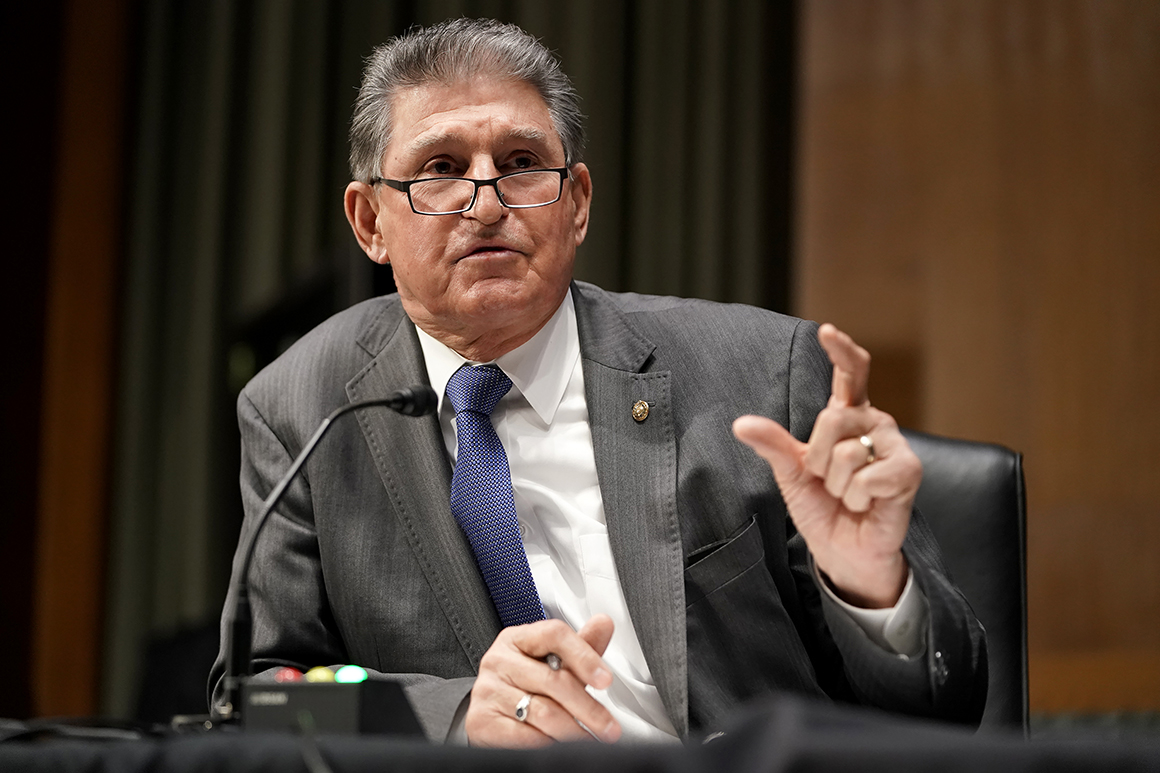 The disagreement over unemployment benefits was not a big enough problem to derail the party’s push for quick passage of the $1.9 trillion pandemic relief bill. Once the bill proceeds to a debate, Democrats said they expected a relatively smooth process as they race to finish the bill ahead of the March 14 expiration of some boosted unemployment benefits. The Senate is hoping to send its version of the legislation back to the House well before that deadline in order to give states a head start on the logistics of extending those benefits.

The Senate will substitute in its own text before it finishes voting. Among the things the Senate will remove from the House bill: the $15 minimum wage increase, as well as several transportation projects, all of which were ruled out by the Senate’s nonpartisan parliamentarian.

Senate Democrats need all 50 of their members and Harris’s vote to kick off consideration of the bill. After that the chamber will plunge into a long debate and finish with a series of amendment votes that could run for hours on end, known as a “vote-a-rama.”

Senate Republicans are debating how painful to make things for Democrats, possibly by dragging out the marathon of unlimited amendments overnight. That would likely happen late on Thursday or early Friday morning after the delay.

“I’m hoping for infinity. There are people talking about trying to set up a schedule and having it go on and on,” said Sen. Rand Paul (R-Ky.).

Some Republicans want to keep forcing amendment votes well into Friday or even beyond. Paul suggested to Schumer to spread the pain over two days.

Sen. Joni Ernst (R-Iowa) predicted a cascade of GOP amendments meant to squeeze Democrats, including tweaks that would strip funding for purposes seen by Republicans as unrelated to the public health crisis as well as “sensible adjustments to the rest of the package.” When asked about potential timing for the voting ordeal, Minority Leader Mitch McConnell said it would start “probably late” and said Republicans will “grind our way through it as we do in this process.”

“I would get lots of rest tonight,” advised Sen. James Lankford (R-Okla.).

Marianne LeVine contributed to this report.